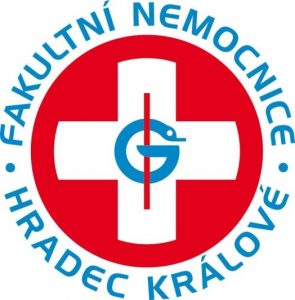 Persons involved in the project

Description of the institution

The University Hospital Hradec Králové ranks among the most significant health facilities in the Czech Republic. It serves as a centre of the highest level for a large area populated by up to approx. 1,000,000 residents and many departments attract patients from the entire Czech Republic. The hospital is an important centre of training for physicians and secondaryschool educated medical workers.

Every year, about 42,000 patients are admitted to 21 clinics with about 1,500 beds and approximately 650,000 patients are treated as out-patients. The hospital employs over 4,100 workers, of which over 3,000 are in medical occupations, including 600 physicians. A number of doctors engaged in the University Hospital Hradec Králové hold important positions in specialised medical societies of the CZ, several are members of foreign professional companies and are successful also in the field of medical research.

The hospital together with the Medical Faculty of Charles University annually organises a number of important gatherings of physicians on national as well as international levels and uses for these events the city of Hradec Králové, which has become one of the congress centres of the Czech Republic. Since November 2008 is the hospital accredited by Join Board for Accreditation of Czech Republic (SAK ČR) as the institution with high level of quality and safety of the health care. Next step to renovation and modernization of the health technologies is the extensive participation in EU funds projects since 2009, including high specialized health care in oncology, traumatology, rehabilitation, IT and other areas.

Modern hospital medical care has been developing successfully in Hradec Králové since the end of the 19th century, but the academic roots of today’s University  Hospital Hradec Králové date back to the 1930s. It was then, after the construction of the complex of the modern district hospital on the confluence of the Rivers Elbe and Orlice, that regular meetings of doctors accompanied by lectures and discussions about medical topics were held in the Hradec Králové Hospital on the initiative of a few physicians. The main instigator was A. Fingerland, later to become Professor and Chief Physician of the Institute for Pathology of the Hradec Králové Medical Faculty under Charles University.

An important role in the development of professional care as well as teaching activities was also played by the then university lecturer and academician Bedrna, who in 1933 was appointed Head Physician of the Surgical Ward. The academician Bedrna was not only an excellent surgeon, but also a person with wide horizons and a vision not just about the development of surgery but also the medical practice as such. It was he who in co-operation with a number of other chief physicians was encouraging the devolvement of vast learning activities in the Hradec Králové Hospital not just for his physicians, but also those from the wide vicinity of Hradec Králové. Gradually, a team of highly erudite specialists was established in the Hradec Králové Hospital, which after the war contributed to a branch of the Charles University – Hradec Králové Medical Faculty being set up in this city in 1945 and the Hradec Králové Hospital was conferred with the status of a teaching hospital.

The University Hospital Hradec Králové was also made famous by Bedrna’s pupils: Professor Petr (brain surgeon) and Professor Procházka (lung and heart surgeon.), as well as specialists in other medical professions. High prestige was gained by radiology, ophthalmology, paediatrics and internal medicine, especially cardiology. The hospital became reputed for narrow specialisations, thanks to which for example the first Czechoslovak tissue bank was set up in the 1950s, the first dialyses and kidney transplants were performed and the first computer tomograph (CT) in the country was installed. Extraordinary results have been achieved by the hospital and the Medical Faculty since the 1950s to the present day thanks also to the co-operation with the Faculty of Military Medicine, owing to which University Hospital Hradec Králové successfully trains military physicians for the entire country.

The University Hospital Hradec Králové is national Coordinator for the Czech Republic in the TENSION Clinical Trial.